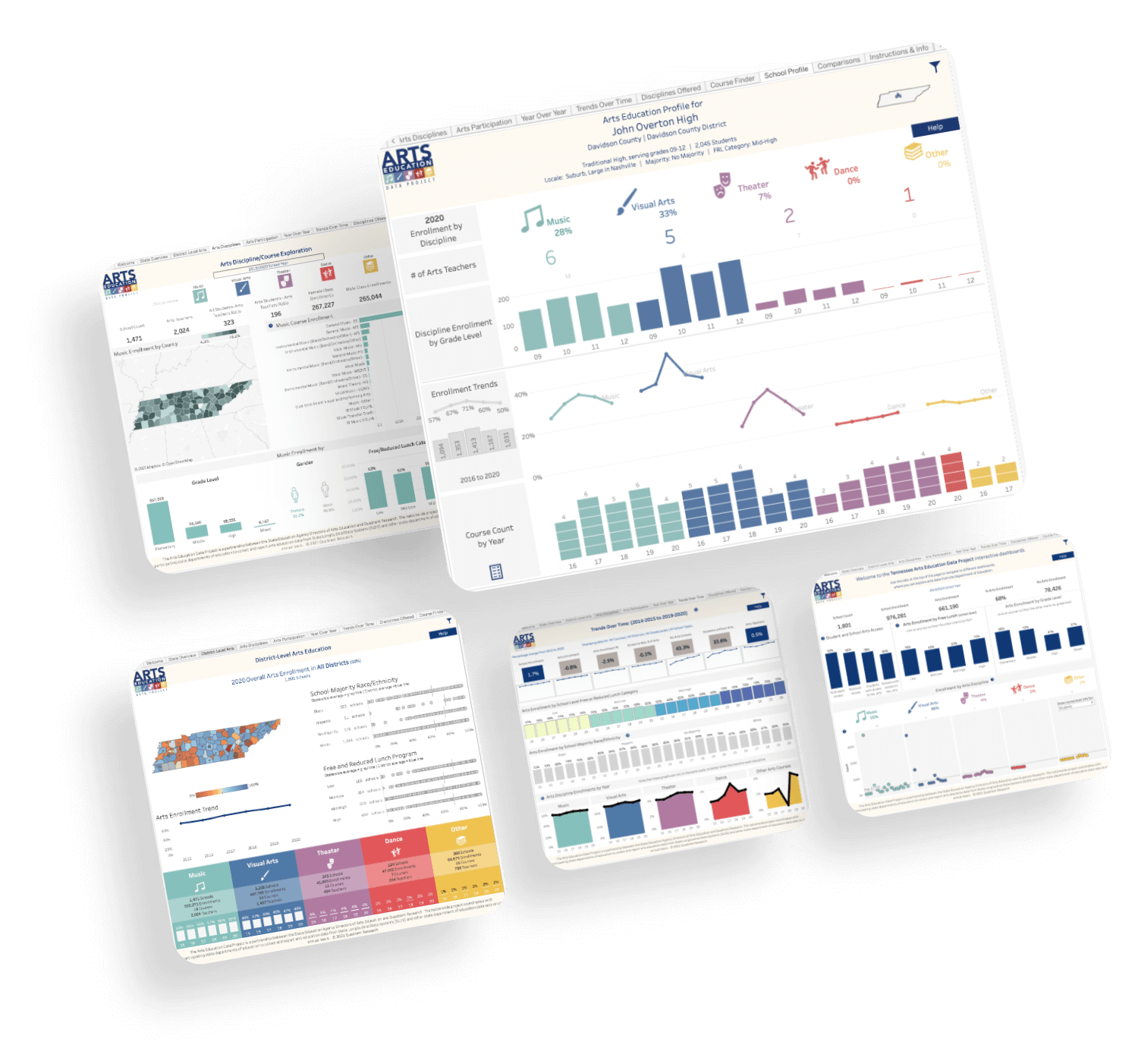 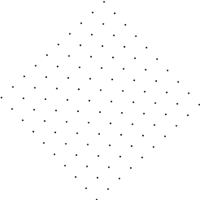 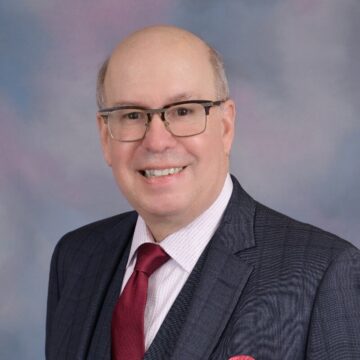 Mr. Morrison has a deep body of research and policy work and is recognized as a pioneer in statewide arts education status and condition research. In California, Mr. Morrison’s report The Sound of Silence: The Unprecedented Decline of Music Education in California Public Schools (2004) was one of the catalysts for a $1 billion reinvestment into music and arts education in public schools that was signed into law by then-Governor Arnold Schwarzenegger. Mr. Morrison was the managing partner for the groundbreaking New Jersey Arts Education Census Project completing the first statewide census for arts education in every school building now hailed as a model for statewide arts education research. Mr. Morrison has led similar research projects as director of the groundbreaking national Arts Education Data Project for the states including Arkansas, Arizona, California, Colorado, Delaware, District of Columbia, Florida, Georgia, Iowa, Michigan, Minnesota, Missouri, Nevada, New Hampshire, New Jersey, New York, North Carolina, Ohio, Oklahoma, Pennsylvania, Tennessee, Texas, and Wisconsin. These efforts have directly impacted millions of students. In 2009, Mr. Morrison launched the national Arts Education Data Project which now serves 30 states.

Prior to founding Quadrant Arts Education Research Mr. Morrison was the founder of Arts Ed NJ, Music for All, helped develop and then served as the CEO of the VH1 Save The Music Foundation, helped create the Mr. Holland’s Opus Foundation and served as a senior executive for the National Association of Music Merchants (NAMM). He is recognized for his work to add the arts to the nation’s education goals in 1994.

Mr. Morrison’s advocacy work has earned him both a Prime-Time EMMY and a Peabody Award. He received an honorary doctorate from the State University of New York for his work nationally to advance music and arts education for all children. Mr. Morrison received the Motherland Award – the highest honor from the American Red Cross (ARC) – for developing the national public service campaign that aired supporting the ARC following the attacks of September 11, 2001.

Patrick McCormick has over 25 years of experience in IT and Data Management. He has helped large corporations as well as SMBs apply data management best practices to leverage data to achieve the goals of each organization. In 2008, he started a boutique data analytics firm – McCormick BI, LLC. He is active in the data professional communities as illustrated by a 20-year tenure on the Wisconsin Data Management Association (DAMA) Executive Board and he is active in vendor communities. Tableau is an industry leading data visualization vendor whose mission is to help customers see and understand their data. In 2012, McCormick BI, LLC became the first Tableau partner in Wisconsin. In 2013, Patrick started the Tableau User Group in Wisconsin and has subsequently been recognized by being selected as a Tableau Ambassador. Patrick has achieved various certifications including achieving Mastery Level Certified Business Intelligence Professional (CBIP) in Data Analysis and Design from The Data Warehouse Institute (TDWI). Other certifications have been on Information Technology Infrastructure Library (ITIL) and Tableau. He has also advised technology start-ups on how to synergistically engage and partner with data analytics related vendors as part of their go to market strategies. Patrick holds a Bachelors degree with comprehensive majors in both Finance and Management Information Systems. In 2016, McCormick BI, LLC partnered with Quadrant Research to cost effectively bring industry leading data analytics capabilities to the education space with an initial focus on arts education.

Jen Shepherd has a doctorate in social psychology from Iowa State University and has conducted several human participants research studies in the academic sector.  Dr. Shepherd is a Certified Tableau Desktop Specialist and has been building data visualizations in Tableau since 2014. Jen has built dashboards for a variety of organizations, including several in the nonprofit and government sectors as well as for Quadrant Research.  She is also one of the co-leads of the Madison Tableau User Group, a role she has held since the fall of 2017.  Dr. Shepherd’s work experience includes the roles of program evaluator, research investigator, data analyst, and data visualization engineer.  She maintains rigorous data security practices and has statistical and analytics expertise in addition to data visualization expertise.

Dr. Cirillo serves as Quadrant’s Chief Research Officer where she has led Quadrant’s overall state arts education research efforts and co-authored the state arts education data reports: Arizona (2009), Colorado (2008), Illinios (2005), Michigan (2011), Minnesota (2012), New Hampshire (2011), Ohio (2013) and Wisconsin (2008). Dr. Cirillo is the most experienced research scientist working with state arts education data in the United States. Dr. Cirillo holds a Ph.D. in Experimental Psychology and Neuroscience, an M.S. in Experimental Psychology & Statistics from Syracuse University, and a BA in Biology and Psychology from College of the Holy Cross College. She is a member of and frequent speaker at professional association meetings, including the American Statistical Association, the American Society for Quality Control, the American Marketing Association, and Ohio Women in Mathematics. Pat has provided written and verbal testimony to over a dozen state governments and federal government agencies regarding consumer financial education and public education.

Most of Dr. Cirillo’s work in the not-for-profit sector has been in both education and arts management. Clients include arts organizations (The Cleveland Orchestra, The Cleveland Museum of Art, The Cleveland International Film Festival, and, The Rock and Roll Hall of Fame & Museum), regional arts leadership and advocacy organizations (Cleveland Partnership for Arts and Culture, Summit County Arts Alliance, and Ingenuity Incorporated Chicago), and higher education (Fordham, Villanova, MIT, and University of Michigan) Dr. Cirillo’s work with the for-profit sector includes Crayola, Eaton, Harris Corporation, and Intuit.

Amber Young is the founder and principal consultant at Bedrock Research, LLC, an independent research firm founded to provide a full spectrum of custom research solutions for clients across a broad spectrum of industries.  As Principal Consultant, Amber Young works closely with clients on both short- and long-term research projects.  She handles all the various phases of both qualitative and quantitative research projects including questionnaire design, managing online questionnaire and statistical programming functions, monitoring data collection in the field, data analysis and communicating results.  Her involvement in all projects focuses on the determination of the most cost-effective research methods, the design of analytical approaches to market research, and the interpretation of results to assist clients in drawing data-based conclusions.

Amber Young has also worked with The Osgood Group and its clients since its inception in 2008 and has supported the company’s work with the New Jersey Middlesex County Office of Arts and History since 2016.  She provides research, analytical and reporting support to all the company’s major research initiatives.

Prior to founding Bedrock Research, Amber was a Senior Project Manager for Cypress Research Group for nearly a decade.  In that role, she worked closely with clients to customize market research solutions on both short- and long-term projects and handled all the phases of both qualitative and quantitative research.  Amber served Cypress Research Group in this capacity for numerous clients across several diverse industries.

Prior to Cypress Research Group, Amber was a Research Assistant at Team Northeast Ohio (Team NEO).  In this role she supported the core mission of business attraction and expansion by researching and analyzing economic indicators and demographic data.

Amber holds a Bachelor of Arts in Urban Studies and a Master of Science in Urban Studies, specializing in Economic Development from Maxine Goodman Levin College of Urban Affairs, Cleveland State University.

Get The Latest Offers & Updates

Quadrant Research is a nationally recognized leader in research, analysis, and market intelligence serving the fields of culture, commerce, government and education.

Get in touch with us!

Research, Market Intelligence and Business Analytics for the Digital Age